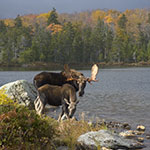 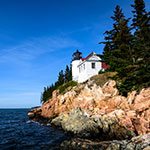 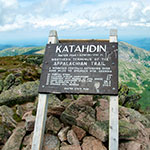 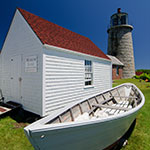 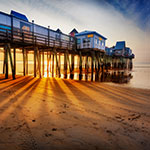 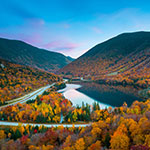 The inviting Inn at Diamond Cove features a variety of modern amenities, from a heated pool to tennis courts and a yoga studio. But its celebrated roots are in the past. The inn is housed in what used to be the barracks for Fort McKinley, built during the 1890s to protect Portland Harbor and Casco Bay. It actually overlooks the former parade grounds. The casually elegant Diamond’s Edge Restaurant is in the former quartermaster’s storehouse, overlooking the cove. But before the fort, the property was a well-known artists’ retreat, welcoming Henry Wadsworth Longfellow and Harriet Beecher Stowe, among others. No doubt they, too, enjoyed the island’s old forests, secluded beaches and spectacular sunsets. Relaxation is still only a short boat trip away from Portland’s Old Port district.